The best mayor in the land

Houston lobbyist Cindy Clifford thinks Sylvester Turner is the best Mayor in the land. At least that’s what she claims on Instagram all the time.

No accounting for taste, but here is a chance for the “Best Mayor in the Land” to prove ethics matters. A chance for him to prove my suspicions wrong.

Order an investigation into Cindy Clifford today to see if she’s breaking the law on lobbying reporting. We are waiting.

Houston City Hall lobbyists have to register and account for the money they spend trying to influence our public officials. Cindy Clifford is a lobbyist for some big players, including Republic Waste, Yellow Cab, Kelsey Seybold, Comcast, Cigna, Andrews Kurth, RPS Klotz Associates, HOK, and SP Plus Corporation to name a few.

When we were investigating that plum hand-picked government job the Mayor’s daughter Ashley Turner got from Lone Star College a few months ago, we noticed on Instagram Cindy Clifford had hosted a party, along with CenterPoint Lobbyist Elizabeth Brock, to celebrate the cool $85,000 a year job Ashley got without having to go through the trouble the rest of us do competing with anyone else. 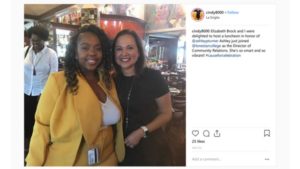 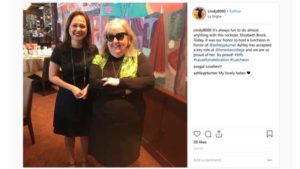 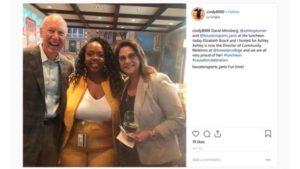 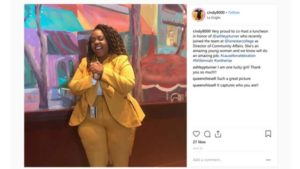 Maybe Clifford and Brock think Ashley is the best Mayor’s daughter in the land.

We also found this invitation to Ashley’s 30th birthday party in January 2017, hosted again by guess who? Cindy Clifford and Elizabeth Brock. 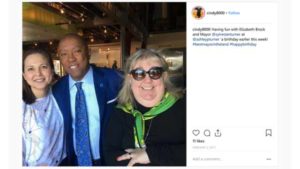 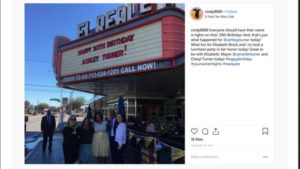 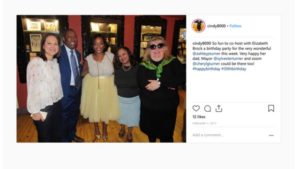 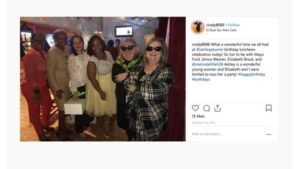 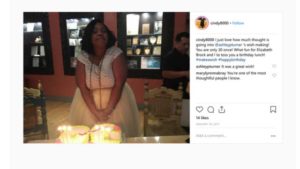 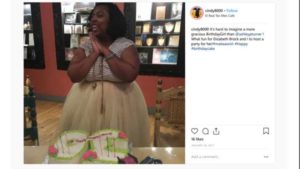 On July 4th, 2018, Cindy Clifford hosted a fireworks party the Mayor attended, and after Christmas there’s yet another Clifford hosted party where the Mayor and the Police Chief both came. Food and Drink count in lobbyist reporting by the way, but Cindy probably knows that. 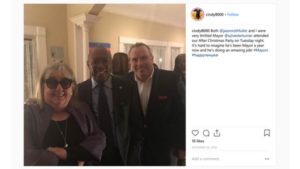 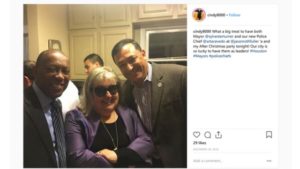 “I love parties, and I know the Mayor is itchin’ to come to my next bash,” says Wayne Dolcefino, President of Dolcefino Consulting. “Oh, wait a minute, I am not trying to influence him to give me and my clients contracts. Think he’ll say no?”

Cindy Clifford also hosted a luncheon on May 8th, 2017 for someone who isn’t related to the Mayor but is clearly an important public official in her own right.

Marvalette Hunter became Mayor Turner’s Chief of Staff on April 3, 2017, and Cindy, who already thinks Sylvester is the “best Mayor in the land” must have been all exuberant that Marvalette was now working for him.

Today we asked to see all the documents showing any expenditures by Cindy Clifford since January 1, 2017. There aren’t any.

“So maybe the City Secretary, the City Attorney and the Mayor haven’t read up on ethics laws recently, but did you know it’s a crime to not properly disclose expenditures made to influence city officials and their families,” says Wayne Dolcefino, President of Dolcefino Consulting. “Oh, I know, Cindy Clifford isn’t a lobbyist when she’s entertaining the Mayor and his daughter, she’s just a buddy who thinks he is the best Mayor in the land and loves the first daughter too. Paleeze. If that’s a loophole there isn’t a lobbyist in town who wouldn’t become convinced this is the “best Mayor in the land.”

Maybe in between attacking Houston firefighters who risk their butts for his family and mine, the Mayor could order an immediate review of all City Hall lobbyists to see who is reporting the money they spend on public officials and their families.

He could direct the Houston City Attorney Ron Lewis to fight for transparency. Oh, wait a minute, Lewis is the City Attorney who has let the Mayor get away with illegally withholding public records.

To be fair, Cindy Clifford is not just a lobbyist. The best Mayor in the land appointed her as a member of the powerful Harris County-Houston Sports Authority and she got a piece of the lucrative Houston airport food concessions contract. Clifford runs a PR firm that must have some expertise in airport food too.

Maybe Dolcefino Consulting should offer to throw a lunch for Sylvester or Ashley or Marvalette. We could post it on social media. Cindy likes to talk about her political entertaining.

“Maybe I could even get appointed to lead the effort to find all the waste, fraud and abuse in city contracts, so we can pay the firefighters what they deserve,” says Dolcefino. “We can start by cutting out any contracts which may be going to his law partner, his college pals, or his friends.”

Keep up with us on social media:

See other releases in: Turner |

We Smell A Payday