Why keep tourists in the dark? 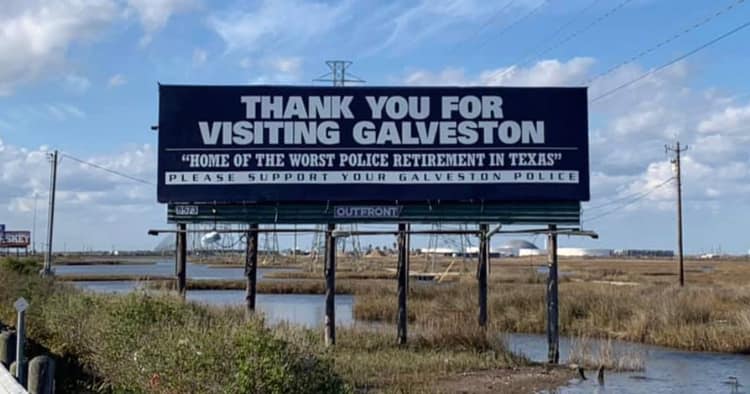 The Texas Attorney General proved again Wednesday why he has become virtually useless in protecting the public right to know, even about one of the most important things we should know.

The City of Galveston has fought for months to hide details of the patrol cars operating on a tourist island where millions of folks come every year.

After being told that as few as 12 cars are covering the entire island on a weekend night, Dolcefino Consulting wanted to know more.

Galveston Island taxpayers spent a bunch of money putting GPS tracking devices in patrol cars to keep up with them. That’s a good way for the people who pay for their safety to know how many cops are on the street.

The Galveston city manager doesn’t think you have a right to see what you are getting for your money.

The City of Galveston argued releasing the information would help the crooks.

“The release of such information allows for a tactical advantage to any entity wishing to evade the Galveston Police Department in its attempts to perform its lawful duties.”

Dolcefino Consulting had only asked to look at past GPS patrol recording data for just twelve hours of patrol activity on just two Saturday nights, not exactly the kind of information that would show any kind of routine.

Galveston taxpayers and tourists are the real losers here. You can’t know how many patrol cars are on the streets on a busy Saturday night. You can’t know what they are doing.

But you can suffer if you’re a victim of crime because there aren’t enough cops on the streets.

See other releases in: Galveston Blue |

A Victory For Galveston Blue

IS THIS RETALIATION AGAINST GALVESTONBLUE.COM?