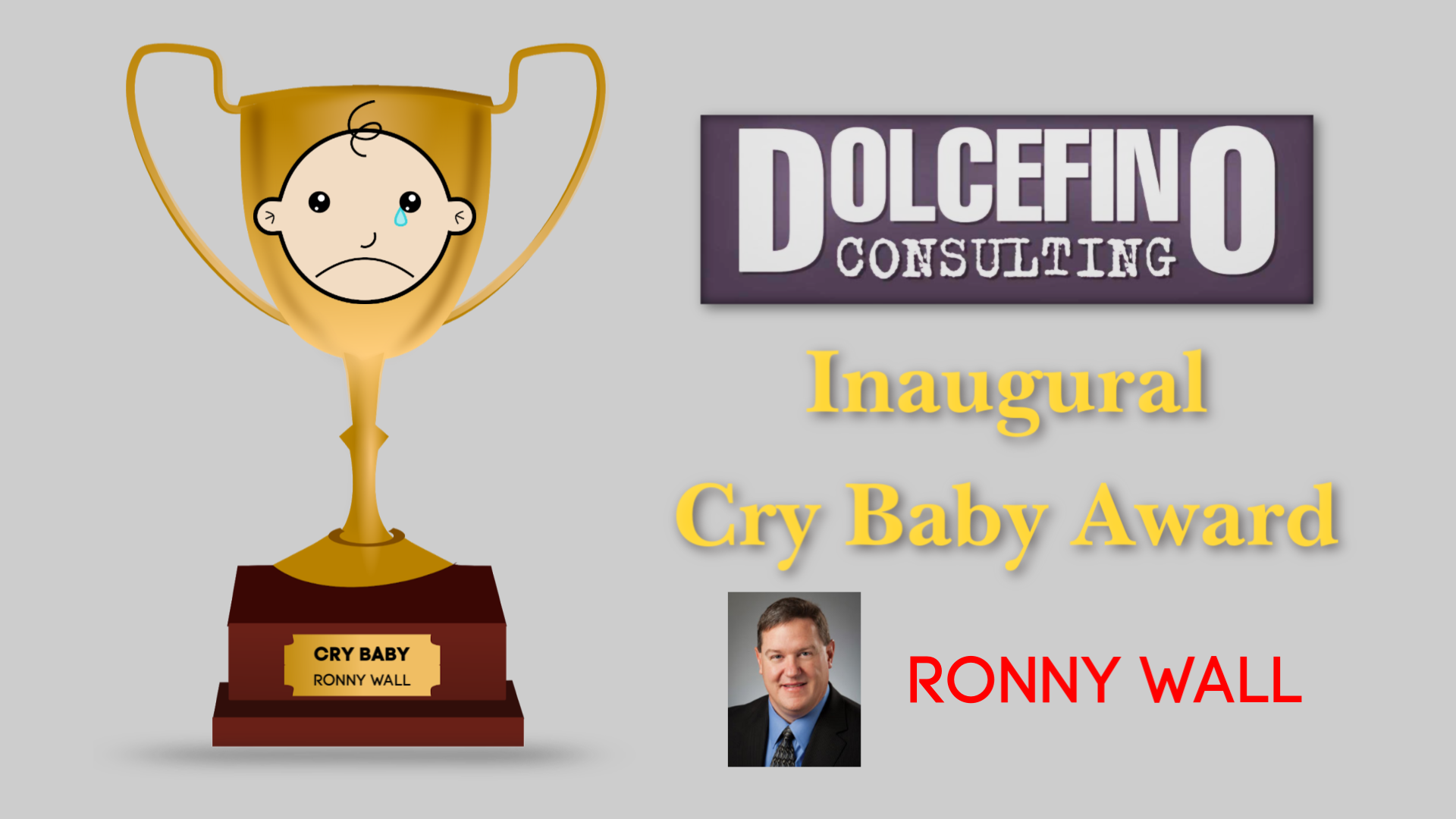 Dolcefino Consulting is presenting the Crybaby Award. We’ve even designed a trophy with a baby’s face on it for the public servant who is whining the loudest about the public right to know.

The inaugural winner is Ronny Wall, Senior Associate General Counsel for the Texas Tech University System. He has been hiding records related to the firing of Mike Leach for almost two years, but the coverup has widened to sexual harassment complaints on the Texas Tech campus.

In his latest letter to the Texas Attorney General, Wall worried more about embarrassment for the school than protection for parents and students on the Lubbock campus. “Since some of the subjects of the requested documents may have been fired or otherwise terminated, it is likely that they may have their own intention to embarrass TTU and thus, releasing these documents may expand the harassment from this requestor.”

“I could care less that the truth would embarrass them,” said Wayne Dolcefino, President of Dolcefino Consulting. “This has now gone from a decade long coverup of the Leach firing to an outrageous abuse of the public right to know, including keeping secrets from parents already worried about the safety of their teenage daughters.”

That’s why Ronny Wall is getting the first Dolcefino Consulting Crybaby Award. He fits the bill perfectly for a public servant whining about transparency.

Congratulations to Texas Tech for your conspiracy of secret. The Regents should be ashamed. The Texas Attorney General should stop helping them keep secrets.

This may have started as a fight to see why Texas Tech fired Mike Leach and cheated him out of $2.5 million, but it has grown to something much bigger.

Here is the link to the video on Facebook: