Not The Best After All 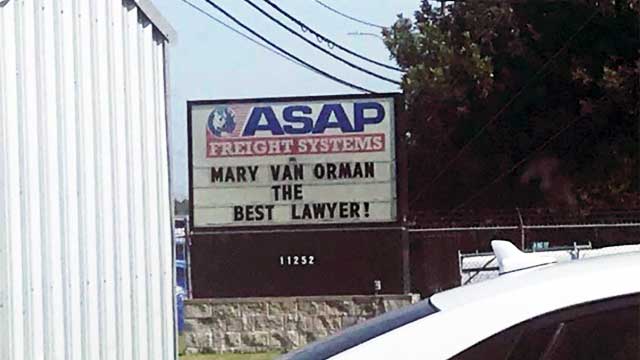 Just months ago, Houston businessman Marek Menger was calling Mary Van Orman the best lawyer in a big billboard outside the front of his office.

Boy how times have changed. Van Orman has now been fired.

You would think Menger has exhausted the State Bar directory in his never-ending divorce fight with his ex-wife. Apparently not.

The new attorney in the case is Jedediah “Jed” Moffett, who filed a motion for substitution of counsel last week to replace Van Orman.

Moffett is famous in his own right for the well-known Houston divorce case of millionaire Marshall Brown. He was one of the attorneys representing the wife in the multi-million-dollar divorce case.

Moffett was accused of writing up excessive and unnecessary legal fees. He was ordered to pay $221,500 back to Rachel Brown to get the case dismissed. Hoffman coughed up an additional $600,000.

A motion in the case from November 2014 revealed that two of the three attorneys didn’t have malpractice insurance.

This is interesting because Marek Menger, now on his umpteenth lawyer, has a history of not paying his lawyers and a history of also suing them for malpractice.

“We sure hate to see Mary Van Orman go because every time we mention her, we get all kinds of calls from angry former clients,” says Wayne Dolcefino, president of Dolcefino Consulting. “Menger had established a reputation around here for stiffing his lawyers on bills, and it looks like he’s running out of options. Mr. Moffett better have malpractice insurance now, because he could need it.”