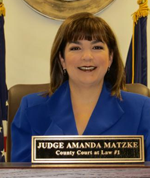 The custody battle involves Alyssa Karsagi, who is fighting to get back custody of her children.  Karsagi’s case has garnered media attention amidst allegations she was mistreated in the Aggieland courts because she is Jewish. In this case, Dolcefino Consulting has been investigating since January as part of our ongoing investigations into Family Injustice.

Bryan private investigator Ken Ringo sat on the witness stand this week. Ringo was paid to supervise custody visits in the Karsagi case but admits he didn’t report suspicious bruises to law enforcement that were seen after the children were brought to see their mother. In fact, Karsagi’s husband was granted custody despite sworn testimony he had often put a gun to his own head.

Ringo testified Wayne Dolcefino threatened him when calling to investigate the bruises as part of our ongoing investigation. Additionally, Ringo claims he asked for a criminal investigation of Dolcefino.

“If Mr. Ringo thinks asking why he didn’t report bruises on a little kid’s groin is a threat, then I suggest he turn in his license,” says Wayne Dolcefino, President of Dolcefino Consulting.  Dolcefino drove to Bryan this morning at the request of Alyssa’s lawyer to set the record straight. Judge Matzke refused a request for Dolcefino to testify.

Our family injustice investigation in Brazos County triggered a flood of complaints about justice in Matzke’s court, including complaints of Associate Judge Wendy Hencerling. Notably, Hencerling was caught on tape threatening parents in her court and talking to lawyers about how much money they could make in a case.

“I am disappointed that Judge Matzke doesn’t want jurors to hear the truth, but it has become clear to me the family courts in Brazos County are a poster child for the family injustice running rampant across Texas”, says Dolcefino.

The Karsagi case is expected to continue next week in Bryan.