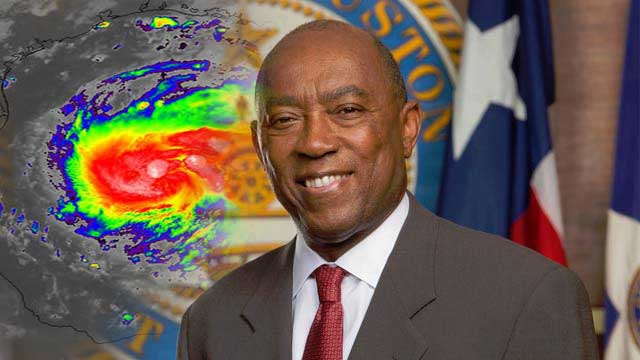 The Office of Inspector General of the Department of Homeland Security is investigating Houston Mayor Sylvester Turner and the campaign contributions that he has received from disaster contractors.

Turner has received more than a $350,000 from companies benefiting from the damage done by Hurricane Harvey.

The Code of Federal Regulations says that “The officers, employees and agents of the non-Federal entity may neither solicit or accept gratuities, favors or anything of monetary value from contractors or parties to subcontracts.” The question for the feds is this: Do campaign contributions violate this statue?

Turner’s relationship with three specific hurricane subcontractors may raise the most questions.  Just look at the political contributions to Mayor Turner that came from three of the companies, their leadership, and the leadership’s families:

In June of 2019, the company Tetra Tech was awarded a new $4.9 million debris monitoring contract with the Solid Waste Department. Subcontractors on the contract have given Mayor Turner nearly $100,000 in campaign contributions since his first run for office.

The contract was given despite Tetra Tech’s growing scandal in California. In August of 2018, House Minority Leader Nancy Pelosi complained that Tetra Tech had manipulated and falsified records in the cleanup of a radioactive shipyard in San Francisco. The company was sued this month for exposing hundreds of people to hazardous materials as a result.

Tetra Tech was paid $300 million for the California job they’re accused of botching. $23 million has been paid out on Tetra Tech’s City of Houston disaster contracts.

While the Office of the Inspector General investigation deals with disaster debris removal, it is important to note that hurricane housing contracts also brought campaign contributions to the Mayor too.  Subcontractors on the contract with the company APTIM have donated nearly $200,000 to Sylvester Turner. The APTIM contract is worth up to $14 million. As has been previously reported, the Mayor’s former law partner, Barry Barnes, is also on that contract and has been awarded $7 million.

The Office of the Inspector General is not the only federal agency that is scrutinizing the money paid for debris cleanup in Houston after the hurricane.

Dolcefino Consulting has confirmed the FBI interviewed Keith Edgar, the former Solid Waste Management Department official who was put in charge of the debris cleanup after Hurricane Harvey. Edgar resigned just weeks after the storm. Edgar was said to be frustrated with delays in the cleanup because certain companies were given exclusive rights to pick up debris, while other companies had no work to do and left.

“I think it is outrageous that the Mayor continues to take money from companies benefiting from a natural disaster,” says Wayne Dolcefino, President of Dolcefino Consulting. “He should have returned the money long ago. It is an insult to the victims and taxpayers and it compromises the ability of City Hall to watchdog and punish contractors who cheat or fail to perform on these lucrative disaster contracts.”