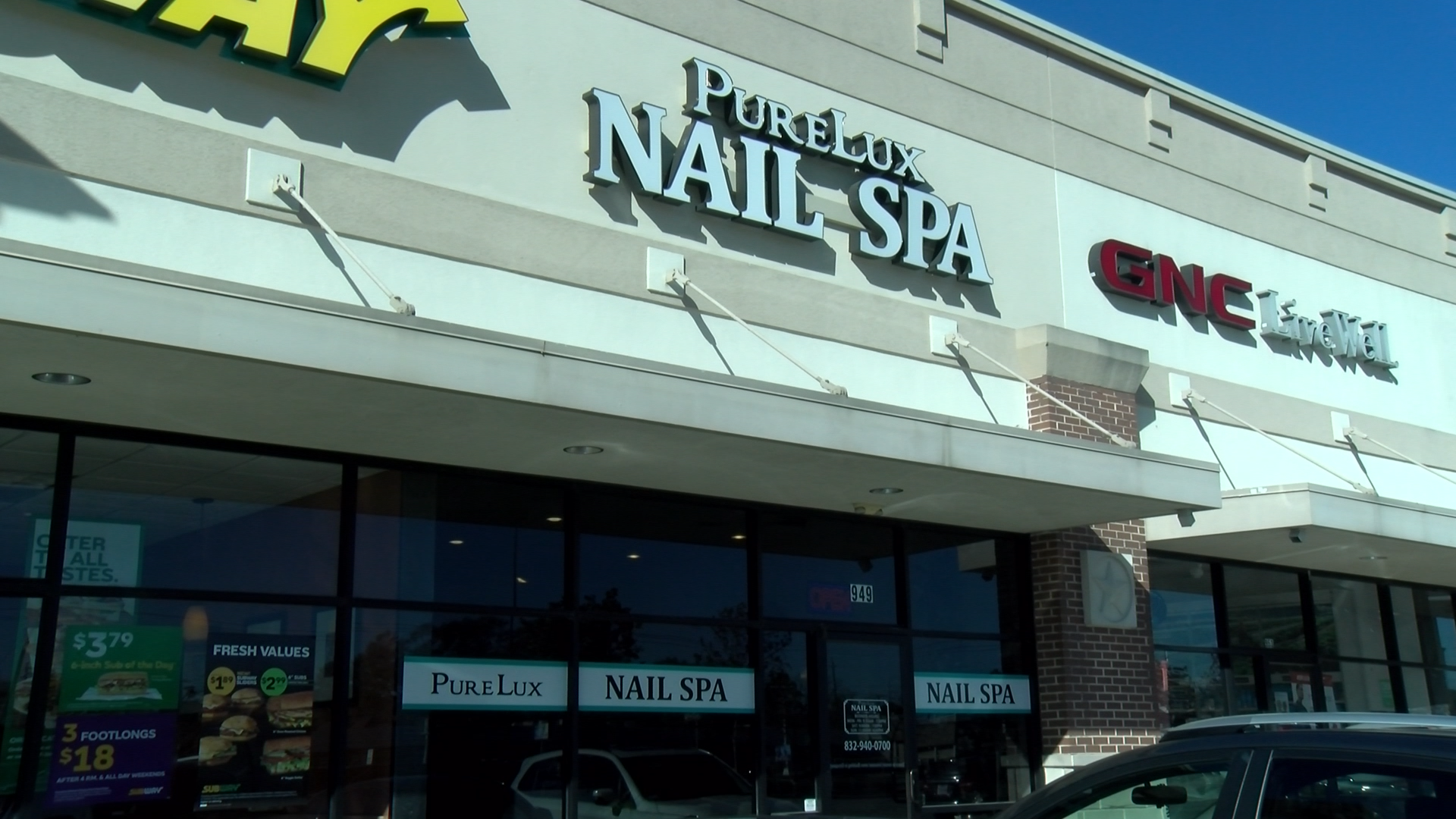 There may be a nail salon on seemingly every corner, but before your next appointment check out this nail biter… and the new nail spot accused of fraud.

SpongeBob SquarePants just loves to bite his nails, but even if you don’t have that habit, you may have gone to a nail salon to make them look pretty.

Did you know the average woman gets a manicure about every two weeks? We learn a lot of stuff here are Dolcefino Consulting. And they go to places like PureLux on North Shepherd.

Don Nguyen’s new salon has some empty seats, and he thinks he’s the victim of fraud.

“You don’t have any doubt you were cheated,” said Wayne Dolcefino, President of Dolcefino Consulting.

There are more that 56,000 nail salons across America. Seems like there’s one on every corner, doesn’t it? But this is big business.

It’s not the chairs and nail polish that’s worth $830,000 smackeroos. PureLux had nail technicians with a lot of repeat customers, and it was that customer base that made this spot so attractive, worth so much money.

With the owner Kelly Hoang. Nguyen wasn’t just buying a popular location, written in black and white in the contract were some rules. The former owners couldn’t solicit any former employees of PureLux for two years or open up a competing salon within two miles.

“We open it up, we took over September. By December 1st, we had all of a sudden, we had 7 head technicians just left our shop,” Nguyen said.

Then another big red flag. Lots of nail salons use a database called Five Stars. It keeps track when customers show up at the nail salons and enter their phone number into the computer. Nguyen saw the arrivals, but he knew those PureLux customers weren’t showing up at his place, PureLux.

“It showed our customers checked in at a nail salon. But they’re at Gigi Nail Salon not at our PureLux Nail Salon,” Nguyen said.

You’ll see a big grand opening sign outside Gigi Nail Salon on Washington Avenue. For the record, it’s 1.8 miles from PureLux. We know because we used Google Maps.

That’s why we sent Dolcefino Consulting investigators undercover to Gigi Nails and we brought along hidden cameras to get video of the staff.

And we saw a lead nail technician who looked awfully familiar named Veronica. She had worked at PureLux before Nguyen had bought the place.

“You’re the only one who came from PureLux?” Dolcefino said.

“I don’t know where they came from,” said Veronica Tang, former PureLux employee.

That’s funny, Don Nguyen looked at our surveillance video and spotted seven of the former PureLux employees. And Veronica, well she’s moved up in the world. She’s now listed as an owner of Gigi Nails.

And Veronica… well, she’s moved up in the world… she’s now listed as an owner of Gigi Nail Spa.

“You’re the owner of the place?” Dolcefino asked.

Not the only owner according to the Harris County Clerk’s office. Tai Hoang is also an owner.

That’s right, Kelly Hoang made a killing on PureLux and then her brother opened up another nail salon down the road from the place she had sold.

We also know why PureLux customers going to Gigi show up like they’re actually going to PureLux. Remember that Five Stars database? The company confirms that one of the former owners of PureLux got a backup of the computer database just before they sold the place to Don Nguyen.

“You think that this was done intentionally to rip you off,” Dolcefino said.

“Why do you have to record everything?” said another former employee of PureLux when questioned at Gigi Nail Spa.

“Why do you have to record?” Tang said.

“Who are you?” Dolcefino said.

“I just work here. But you know you are not allowed to do that,” the employee said.

“Yeah you’re not allowed to do that,” Tang said.

“Well you haven’t asked me to leave. Are you asking me to leave?” Dolcefino said.

But before we left we just wanted to make real sure Veronica knew about a lawsuit that has been filed in Harris County District Court. It alleges fraud in the nail salon war.

“I just want to make sure you know that this place is being accused of stealing customers and all the social media posts,” Dolcefino said.

“We’re not stealing anything,” Tang said.

“So all the people that are coming here are just showing up, right?” Dolcefino said.

“It’s highly suspicious when the seller’s brother is the one running the store,” said Patrick O’Hara, attorney for Don Nguyen.

Nguyen has hired Houston lawyer Patrick O’Hara to get underneath this nail caper.

“We’ve got to prove a conspiracy. We’ve got to show that there’s some connection between the seller and the brother, which shouldn’t be that hard to do given they live together,” O’Hara said.

See other releases in: news Video |