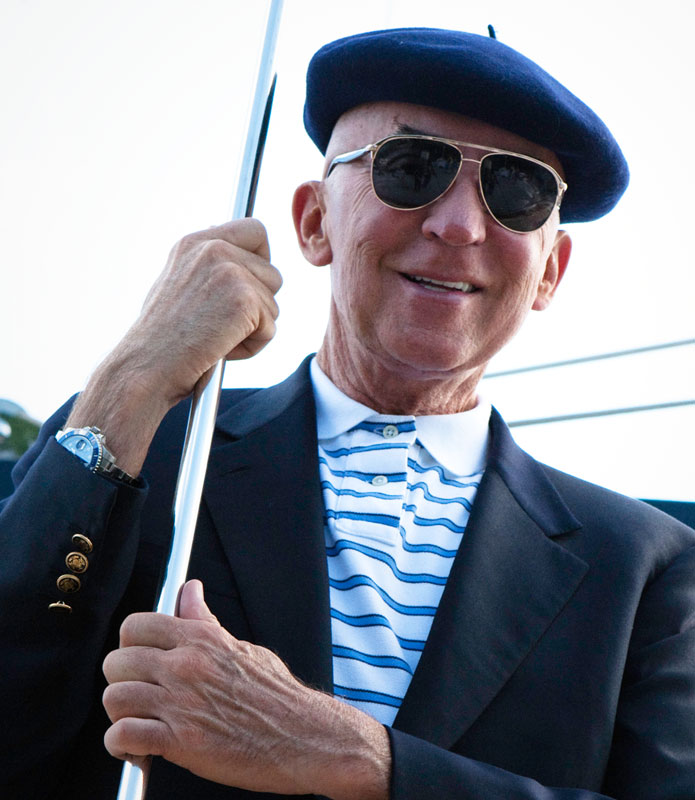 Attorneys for Marie Bosarge claim the billionaire owns mansions, yachts and even a Bahamian Island but is trying to leave her penniless after their 30 years of marriage. One of their Houston mansions was originally put on the market for $43 million.

Ed and Marie Bosarge had only one house and faced foreclosure when they got married. They amassed a fortune during their decades-long marriage. Experts say Bosarge may have $2.3 billion in secretive South Dakota trusts created to cheat his wife.

Her lawyer says that fraudulent scheme even included trying to hide in the trust a 43-carat diamond necklace he gave Marie for Christmas.

Wells hasn’t ruled whether the divorce case will go to a jury, but when Ed Bosarge’s lawyers suggested the judge had no choice but to end the lawsuit, Wells exploded from the bench.

“I don’t think the laws of South Dakota frees him of an obligation he made when he got married,” Judge Wells angrily told Ed Bosarge’s lawyers. “Scheme may be the key word. Play this game. Fraud on the community estate. I promise you it’s not going to go well. I don’t have to tolerate your disrespect.”

Attorney Bucky Allshouse says if Ed Bosarge gets away with his plan then no wife would be safe.

“I want him to be fair. You know, we made our money in Houston. It’s community property. It’s fifty-fifty. I want what’s fair,” said Marie Bosarge.