The Wizard Of Kemah 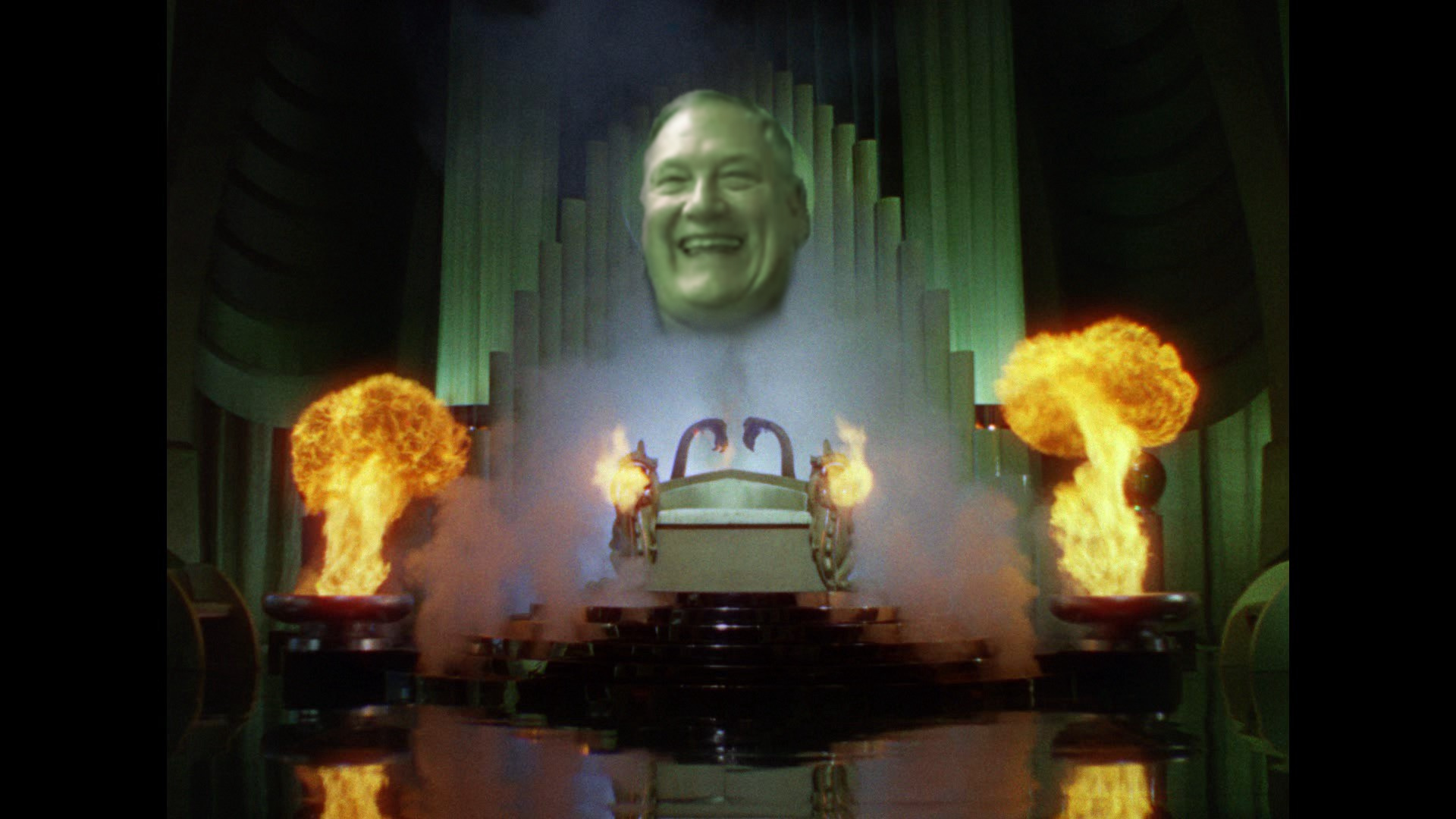 It’s time to open the curtain on another blatant abuse of taxpayer money in Kemah. What a shock! It leads right back to Matt Wiggins.

Inside the headquarters of Elite Diesel Service in Kemah John and Samantha Bowen opened up their latest water bill.

They knew their bill for fire service had gone up from 10 to $510 a month. That was a few months ago. But it was the letter sent with the bill that shocked them.


“She was in tears over this letter,” said John Bowen, owner of Elite Diesel Service.

It was a letter from Water Board President Matt Wiggins attacking this family-owned business, mailed to every single water customer in WCID #12.

“Do you think this letter is petty?” asked Wayne Dolcefino, President of Dolcefino Consulting.

What did John Bowen do to deserve the ire of the self-proclaimed bully of Kemah? He had simply showed up at the water board meeting last fall when his bill suddenly skyrocketed without ant public notice or explanation or even a letter.

“Really all we wanted was straight answers of what the heck is going on here,” Bowen said.

In this new letter Mr. Wiggins tells everyone in Kemah the Bowens have been underpaying fire fees since 2008. One problem: The Bowens didn’t even move into this building until 2012.

“So who knows how much other wrong information all these decisions are being based off of,” Bowen said.

Exactly. In the same letter Wiggins complains about a ladder truck the Kemah Fire Department bought for a million dollars.

Actually, Kemah’s own public records show it was $780,000. And Mayor Terri Gale was among those who supported it.

Wonder where Matt Wiggins got that million-dollar figure. Oh maybe it’s because the Kemah Volunteer Fire Department now has one million dollars in the bank, hundreds of thousands more than they had just two years ago. Maybe WCID #12 taxpayers should be asking why an all volunteer fire department needs that much money.

Last fall Wiggins began a water board meeting saying he had personally changed the amounts that many businesses would pay for fire service.

Other WCID board members had never seen the document Wiggins handed out but they approved it anyway. And when we got a copy under state law, we called it out.

Wiggins’ math had lowered the fire fees dramatically on the Kemah Boardwalk Inn. It lowered fire fees on most of Matt Wiggins’ properties too by thousands of dollars.

“No, that’s not true,” Wiggins said when asked about the changes.

Uh, yes it did. And Mr. Wiggins just can’t admit he gets an F in math.

“The list is still being checked, rechecked and audited. All errors will be corrected,” read the letter sent out by Wiggins.

But we’re not surprised we earned a spot in Mr. Wiggins’ taxpayer-financed rant.

We asked about the numbers because folks in Kemah know Matt Wiggins owns a lot of property in town. Wiggins even owns part of the land the Kemah Boardwalk sits on. That must be worth a lot.

“Due to the misguided erroneous and outright lies in the video post, I asked the WCID #12 board to hire an outside accounting firm to examine all of my accounts for the last 10 years to determine is there has been any wrongdoing associated with my accounts.”

That happened at the WCID meeting in February but here’s something interesting. At the March meeting not a single word about who was being hired. Maybe Mr. Wiggins thinks you’ll just forget about it.

After reading the kind words about us in Mr. Wiggins’ latest attack, we called Chris Richardson, who’s supposed to be the lawyer for all of Kemah’s taxpayers and he hung up on us.

“Those in favor simply saying aye. Those opposed by nay,” Wiggins said.

Of course Mr. Richardson was the guy who said nothing when Wiggins failed to recuse himself on votes involving his own property.

Mr. Wiggins might consider brushing up on more State ethics laws. Coronavirus may delay elections in Kemah but Matt Wiggins recommends voting often for his chosen slate of candidates. Like Doug Meisinger, who’s now on the water board.

Their text messages are interesting.

“What else can I do for you?” Wiggins wrote after moving a meeting date. “Wanna keep the sex doctor happy.”

“You’re too good to me,” Meisinger responds. Love is in the air.

In another text message Wiggins says he’s pitching a fit to keep Meisinger on the water board. “I need at least 1 playmate,” Wiggins said.

We’ll let you folks at home judge Wiggins’ endorsement of his playmate but we’ll call out this instead.

Look at that letter. It says it was paid for by Kemah Forward.

“We asked the state, the county, the city of Kemah. nowhere could we find a registered political committee called Kemah forward. Catchy name, but it could violate state election law,” Dolcefino said.

“It’s bothersome that this is the way someone who’s supposed to be the president of a local water district is going to behave,” Bowen said. “The whole thing’s petty cheesy. You know it’s not professional. You know it’s, you know it’s somebody trying to bully their way around a lot of times.”

“I am Oz, the great and powerful!”

We’ve all seen The Wizard of Oz. Remember what a bully Oz was to the Cowardly Lion.

Maybe if they make a remake Matt Wiggins could try out for the role. Because he sure acts like Kemah is his personal kingdom. Think about it. He’s president of a water board and not a single voter elected him.

“I’m the guy who first exposed your plans to buy the hurricane-damaged homes of Hispanic families who were denied the right to rebuild by the City of Kemah. You were voted out of office but were appointed to the Water Board last year.”

Don’t you remember? That’s the night you sent a message to Doug Meisinger.

Well you can figure out the rest. Now Wiggins is using John Bowen’s tax money and everyone else in Kemah’s too for this ongoing political squabble with former Mayor Carl Joiner.

“It’s kind of ridiculous, you know, the fighting back and forth, finger pointing and all that. Right. Political attacks should be separate all on their own deal. Uh you know it’s a bit of three ring circus there,” Bowen said.

On Facebook Matt Wiggins even challenged Joiner to meet him at the city hall flagpole, “so I can put a whooping on your sorry butt.”

“I’ve had folks in Kemah tell me they’re afraid to call out Matt Wiggins. The sign of a classic bully. But remember what happened to the Wizard of Oz,” Dolcefino said.

“Oh. Pay no attention to the man behind the curtain.”

Isn’t it time for Kemah taxpayer to rise up and say enough of this silliness and fight fire with fire?

See other releases in: Kemah Video |

Taking A Dump On Coronavirus

Puppet On A String

State Farm- Not Such a Good Neighbor